My name is Jeff Phillips. There are quite a few others that go by Jeff Phillips. There are even a few authors that go by Jeff Phillips. I’m the other author Jeff Phillips. I grew up in Maine, where I was an active sailor and cross country skier. I traded the ocean and the snowy terrain for concrete walkabouts in Chicago, as I was hell-bent on becoming the next great method actor in the storefront theatre scene. While being involved with original works production companies like Three Leaves (that I helped co-found and run into the ground with Dan Mac Rae), XIII Pocket, and Wood Sugars Comedy, I felt myself gravitating more toward the writing process. Concurrently I was falling in love with the reading experience, so I focused my energies on literature. For two years I co-hosted an apocalypse themed reading series, and for just shy of three years, I co-hosted the Chicago reading series Pungent Parlour. My short fiction has appeared in Seeding Meat, This Zine Will Change Your Life, Metazen, Chicago Literati, Literary Orphans, and X-R-A-Y Literary Magazine. I have also dabbled in a few self-publishing experiments, including the novel Votary Nerves. In 2015, my previous fellow rabble-rouser in the theatre world, Dan Mac Rae, and I struck up a new collaboration, Zizobotchi Papers, a literary journal dedicated to the novella. Think double feature, with a paperback spine instead of a marquee. I’m also a contributor for the website Drinkers With Writing Problems, churning out various short stories and essays, and I consider it a literary playground I couldn’t live without. 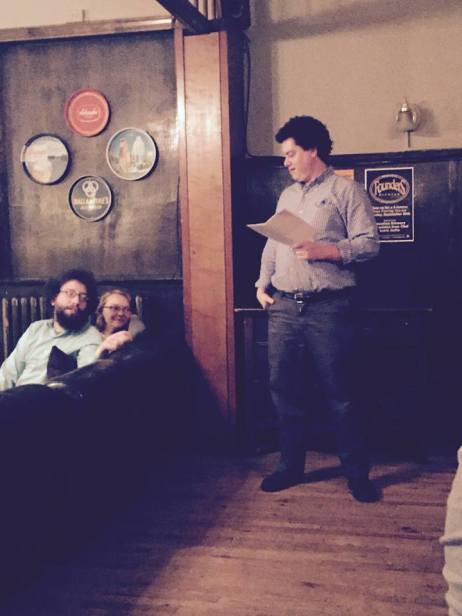